Could have, Should have, and the Third Conditional 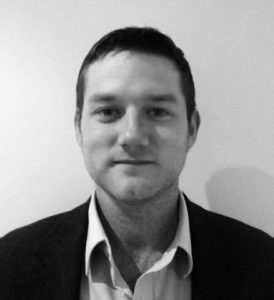 In this post, we will look the structures could have done, should have done, and the third conditional. All three are past hypothetical structures. These structures are typically used to comment on the past. That can include appraisals, commenting on past situations, and expressing regret.

Past modals, and more specifically, modal perfect can be difficult to use correctly and learners often avoid using it. This is a shame because similar structures are used in many other languages, particularly the European languages. The structure is as follows:

Subject + modal + have + past participle

We use this to say what the options were or what opportunities we had but didn’t take.

Last weekend, we went out. We could have gone to the theatre, the cinema, or the restaurant. Finally, we decided to go to a concert.

Note: Couldn’t have done means that something was not an option.

The circus was sold-out so we couldn’t have gone there.

To say that something was a good idea but it didn’t happen.When we use this we are usually giving advice, saying what we think the best option was, criticising, or expressing regret.

There was an excellent piece of theatre on in the city so you should have gone there.

Note: Shouldn’t have done is used to offer advice or criticism.

That was a very bad idea. You shouldn’t have done that.

3rd conditional and would have done

Third conditional is an often used in conjunction with the above structures.

If subject + past perfect, would/ could + have + past participle

If I had known about the theatre, I would have gone there.

A. Hi, Charles, what did you do yesterday evening?

B. Oh, I had an awful evening. I went to Luigi’s restaurant in Camden with friends. I feel sick today.

A. That’s a pity. There are lots of good restaurants. You could have gone to Monty’s, Maracesh Express, or Wong’s Chinese. You should have eaten in Monty’s. They do a great early-bird special.

B. What a shame. If I had known, I would have eaten there. Maybe next time, eh.

Think about mistakes that you or others made or regrets that you have. What were the options or possibilities at that time? What do you now think was the best option? Write dialogues about these situations like in the example above.

When you can write dialogue without hesitating on the structure, you should be ready to use these forms in conversation.